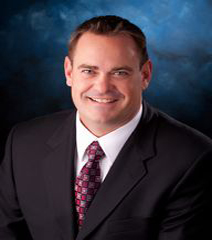 practice in Iowa and Nebraska. James maintains a general practice that includes, but is not limited to, taxation, probate, bankruptcy and other civil litigation.

James is originally from Omaha, Nebraska and received his Accounting degree from the University of Nebraska at Omaha in 1996 and is licensed to practice as a C.P.A. in Iowa and Nebraska. James is a member of the local bar association.